The delicious tastes of Sardegna 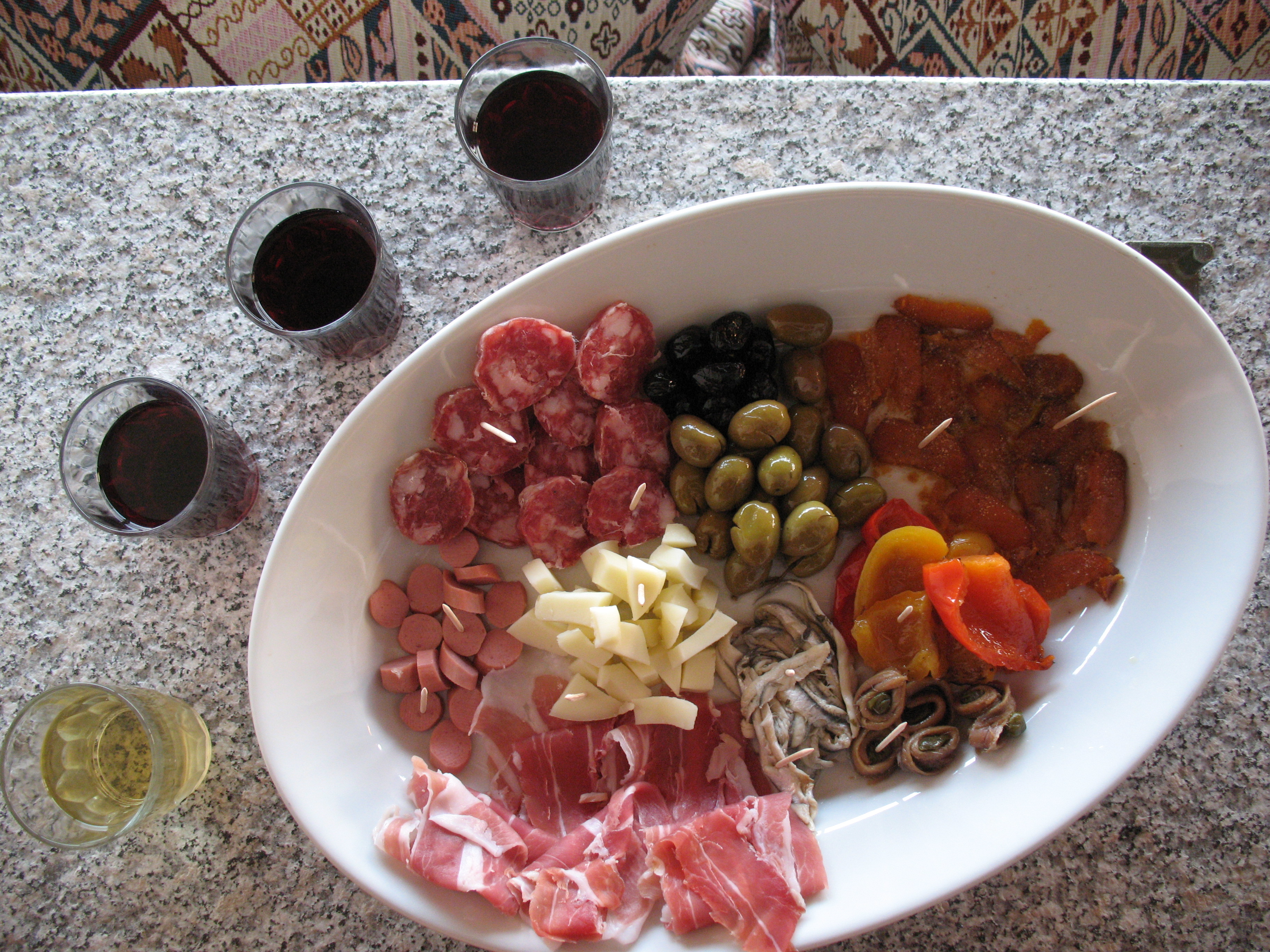 Since we’ve returned from Sardegna (Sardinia) in 2013, and since we’ve bought a (Dutch) cookbook with recipes from Sardinia, we frequently make a Sardinian dish at home. Our favourite is definitely the outrageously tasty (but pretty high in cholesterol) “Malloreddus alla campidanese”, a primi piatti with shell-like pasta, called malloreddus. We brought some malloreddus home with us from the island, because basically: we can’t get enough of Sardegna’s delicious food!

During our travels on Sardegna, we also explored the island’s cuisine and tried to taste as many local delicacies as possible. In this blogpost, we will take you through the most typical ones.

This is traditional shepherd’s bread. It is very thin and crispy, and it is made especially to last while the shepherd is walking around with his sheep, looking for fresher grasslands. Therefore it keeps for a long time, since traditionally the shepherds were away from home for quite some time. Once opened, the bread keeps perfectly for about a month. The regular version is eaten with just about anything: antipasti, primi piatti (=pasta), cheese… We also liked the Pane Carasau Guttiau, which is the same kind of bread but with added olive oil and salt.

Beyond any doubt, this was the favourite food of Febe on the entire island: she basically survived on “chipsbrood” (potato crisps bread), as she used to call it – and we brought a big package home for her 🙂

2. Provoletta cheese, or cheese in a bag

Provoletta (on the photo accompanied by two typical Sardinian wines (see below) and some Pane Carasau see above)) is a typical cheese you can find just about anywhere on the island. It’s made out of cow’s milk, and it has a distinct shape and always comes in a plastic bag – which at first looked rather funny to us. The taste is mild, the cheese is somewhere in between a soft and a hard texture.

There are two other versions we tasted: provoletta affumicata – which is smoked. It is somewhat like tasting a smoked mackerel actually, but it’s cheese. The other one is the provoletta nuda. This one has been removed from the bag, has a harder texture and is a little more salty.

Provoletta is an easy cheese to take on the road with you, together with a nice Sardinian sausage and some Pane Carasau. It’s also a great cheese to melt: make garlic bread with it, or toasts with ham & cheese.

These two wines are produced on the island and very popular. The Cannonau is often quite powerful, although sometimes they produce lighter-tasting wines as well. It is made in the province of Nuoro (along the eastern coast) and goes perfectly with game meat and roasted meat, both common in typical Sardegnan dishes.

The Vermentino wine is also quite powerful for a white wine. It is known as a more complex wine, and is strong enough to go with meat as well.

We liked both wines a lot, but have a slight preference for the Cannonau (although that could be because we simply like red wine more 😉 ).

Although Sardegna is an island, its kitchen is mostly based on meat instead of fish. We have been told that this has a historical reason. Throughout history, Sardegna has been overruled by many other nations. Therefore, people used to live more inland, because the mountains brought more protection, whereas the coastal areas where dangerous and often invaded from the sea.

This is reflected in the culinary traditions of the island. The national dish is porceddu, or roasted piglet with myrtle (a spice that is often used on Sardegna). You can find different versions: roasted on a skewer, cooked in the oven, or cooked in a wooden firepit in the ground. All versions have one thing in common: the meat is cooked very, very slowly.

This results in a tasty, crispy crust and soft, really butterlike soft, meat inside. We tasted the oven version, and it was delicious…

The picture above shows a plate of antipasti we assembled ourselves in our holiday home on Sardinia, with different kinds of Italian delicacies. Bottarga are the sliced red things you see in the upper right corner. It is made out of fish roe, of either mullet or tuna (mostly mullet). This fish roe is dried, and then pressed together, resulting in a kind of fish-filet-like shape. You can eat it as antipasti, like it is shown above. Therefore you must cut the bottarga into slices, sprinkle it with olive oil and lemon juice, add freshly grinded black pepper and leave it for 30 minutes before serving. You can also grate it over pasta, or a pizza. All kinds taste great. As an antipasti, we found the taste similar to oysters. Not the texture, for that matter 😉

These typical sweets are served as dessert, together with some fruit and some Mirto di Sardegna or Grappa as a digestif. They are often filled with nuts & sweetened orange peel, but you have loads of kinds. A famous type is filled with cheese, with cinnamon, saffron and lemon – it is called Pardulas. We saw them in the window of a (closed) shop in Tempio Pausania, and didn’t find them anywhere else afterwards. A reason to go back one day 😉

As good Belgians, we, of course, saved the best for last: the local beer, called Ichnusa, which is the old name for the island. It’s a good lager beer and it’s the perfect way to get rid of your ridiculous thirst when you have been walking around in let’s say Cagliari for 5 hours in a temperature of 36°C (which apparantly was cold for the time of year… :-p) We loved both Ichnusa and Ichnusa Cruda, which is the non-pasteurised version.

By the way, if you are in Cagliari and you are missing Belgian beer, they have a good beer shop in the Via Trentino. We found loads of excellent Belgian beers there – including “Gulden Draak” from Gent 🙂

First: opening hours. In Sardegna, you can have lunch between 13 PM and 15 PM, but make sure you have a seat at 14 PM latest – kitchens often close at 14.30 PM. Dinner is served not sooner than 20.30 PM, and even then you will be mostly alone in the restaurant. We got the feeling most people start to eat around 21 PM.

Secondly: if you eat pizza, and surely, you can’t go to an Italian island without eating pizza; always go for a place that has a wood oven. The pizzas are soooo much better! We found eating out, and certainly eating pizza, really cheap in Sardegna, even in the capital Cagliari. Mostly pizza’s are about €4-8, a salad is around €6-8 and a primo piatto is around €10-12. We would recommend a primo piatto if you don’t want to eat the complete lot (antipasti, primi, secondi). The secondi are often not enough to fill you up, while the primi contain enough pasta to get you going for a while 🙂

Thirdly: try eating out in an agriturismo at least once during your stay. We ate at Monte Entosu in Nulvi (near the location of our holiday home) and got an endless supply of food. The antipasti where enough to fill us up (large platter of 6 types of meat, 3 types of cheese, olives, artichokes, bread and a warm antipasto made of intestins with a tomato & pea sauce), followed by two primi piatte, two secondi piatte (amongst which was porceddu), dolce, fruit & liquor. Accompagnied by white and red wine (as much as you like) and water – and we payed only €28 per person… Can’t beat that! 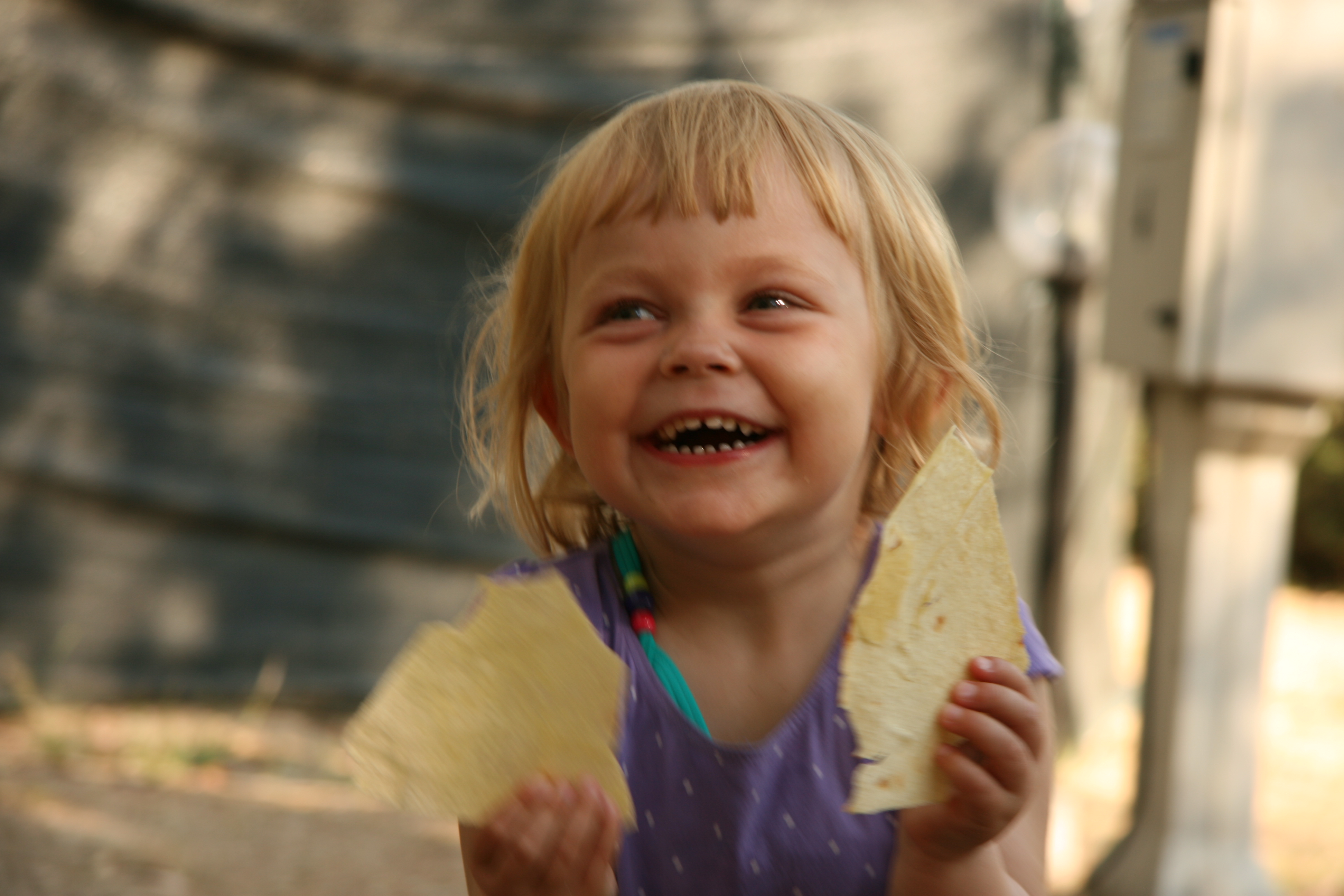 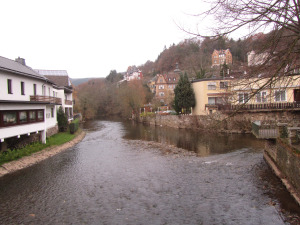