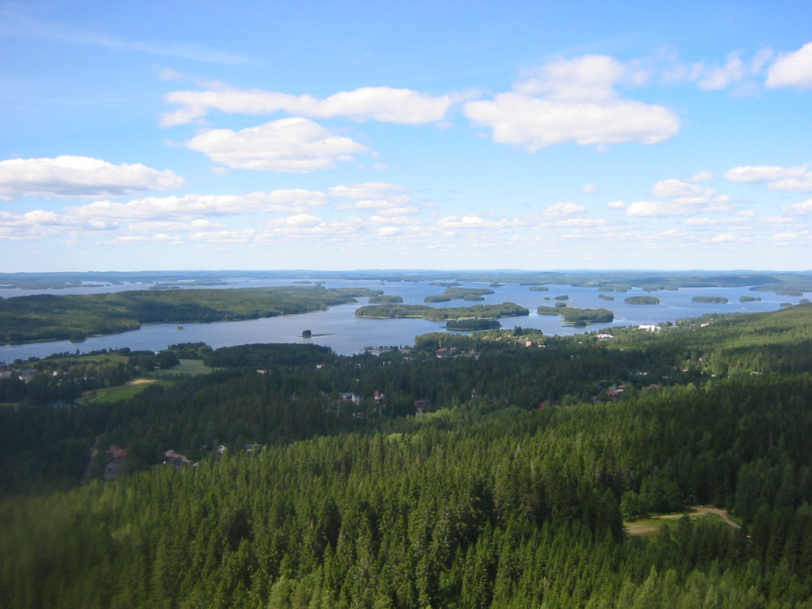 Ok, first of all: the name “lake district” still sounds odd to me, because if you travel to Finland, you cannot avoid lakes. Wherever you go in the country, you’re bound to come accross a dozen of them. But still, we made our way down into the area that is known as the lake district.

First stop for us was Koli. This is actually another national park, next to the Pielinen-lake. The lake is dotted with hundreds of islands, covered in pine trees. Quite the attraction, certainly seen from Koli-hill.
Our campsite was along the lake and we had the most wonderfull midnight swim there! 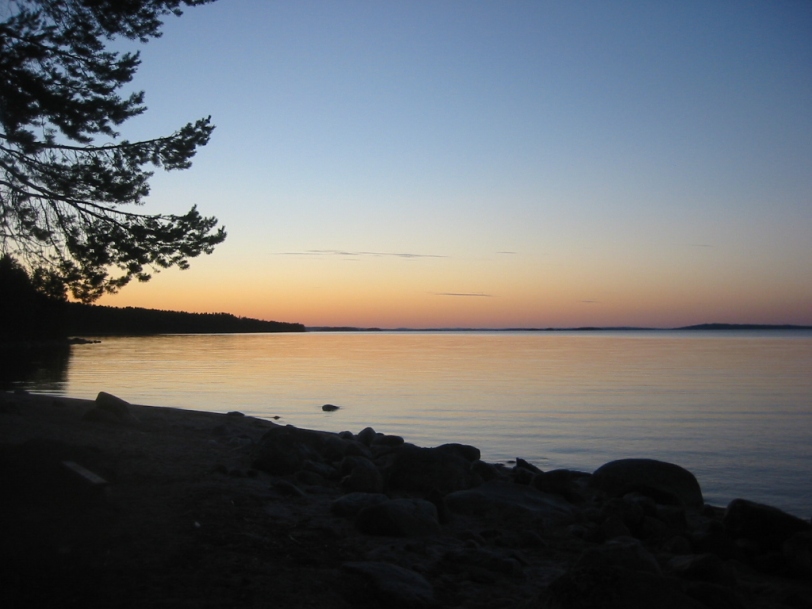 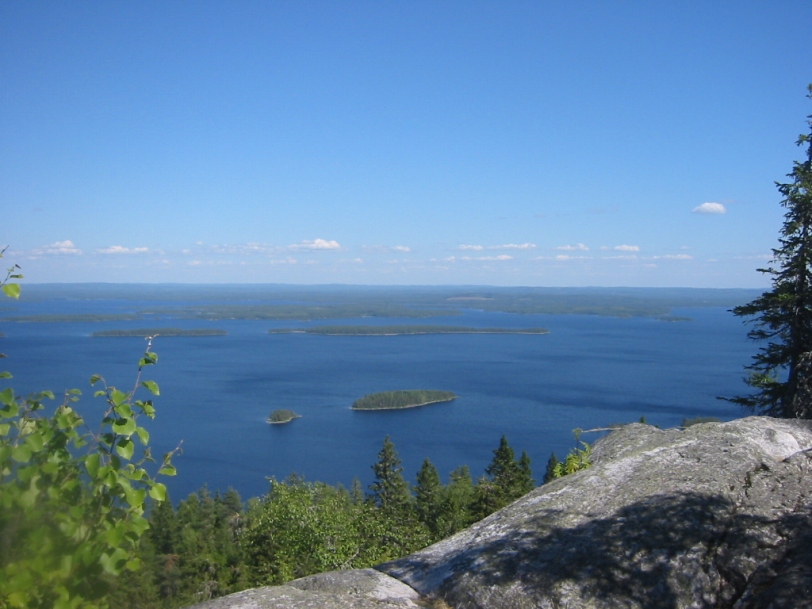 The lake seen from Koli hill.

Next stop for us was Savonlinna, along the Saaimalake. The city has a nice castle, named Olavlinna, that was built in 1475. Each summer there are musical events held there.
We took a lakeside cruise and discovered at that point that there is an hour difference in time between Belgium and Finland. That ment that we actually arrived at all our campsites after the final check-in time… and nobody even mentioned it. It goes to show: Finnish people are superfriendly! 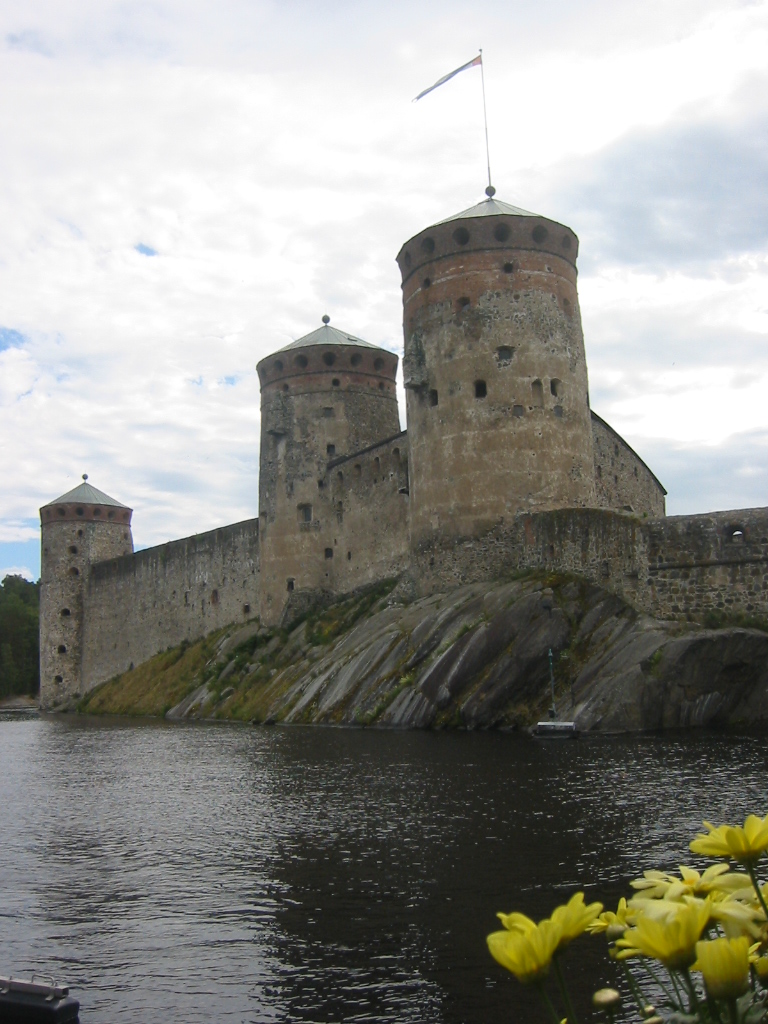 Our next stop was the Kerimäki church, in Kerimäki. It is the largest wooden church in the world, and quite worth a visit when you are in the area. About 5000 people can attend mass at the same time!
While we were there, a wedding ceremony was held in the church. A young couple got married – he was French, she was Finnish. We were asked to take some photographs for them 🙂 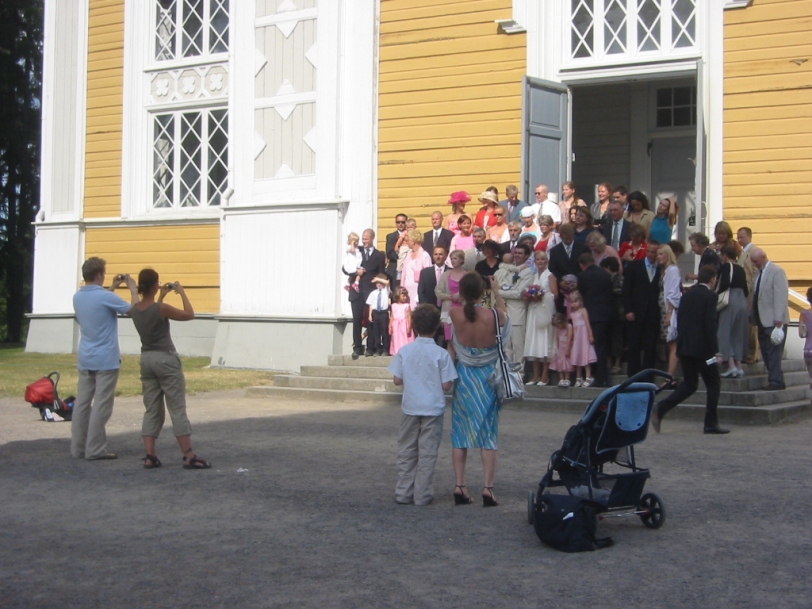 Annick as a wedding photographer 😉

Next stop: the dam at Imatra. In 1929 the Fins decided to dam the Vuotsijoki river, quite a wild river. In summertime, the dam is opened each evening. There is a music and light show, and alongside with the force of the water it makes for a nice summer activity to attend 😉 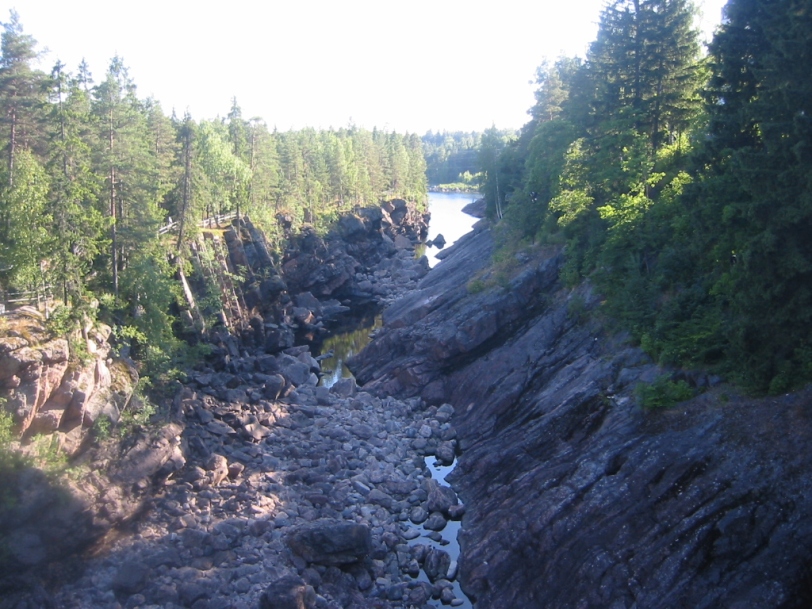 No water flowing yet…

… and in comes the water.

After a while, this is what it looks like!

Quite a spectacular sight!

Last stop in this area was the sandsculpturefestival that was held in Lappeenranta. It’s an annual festival and we quite enjoyed our stroll around there! 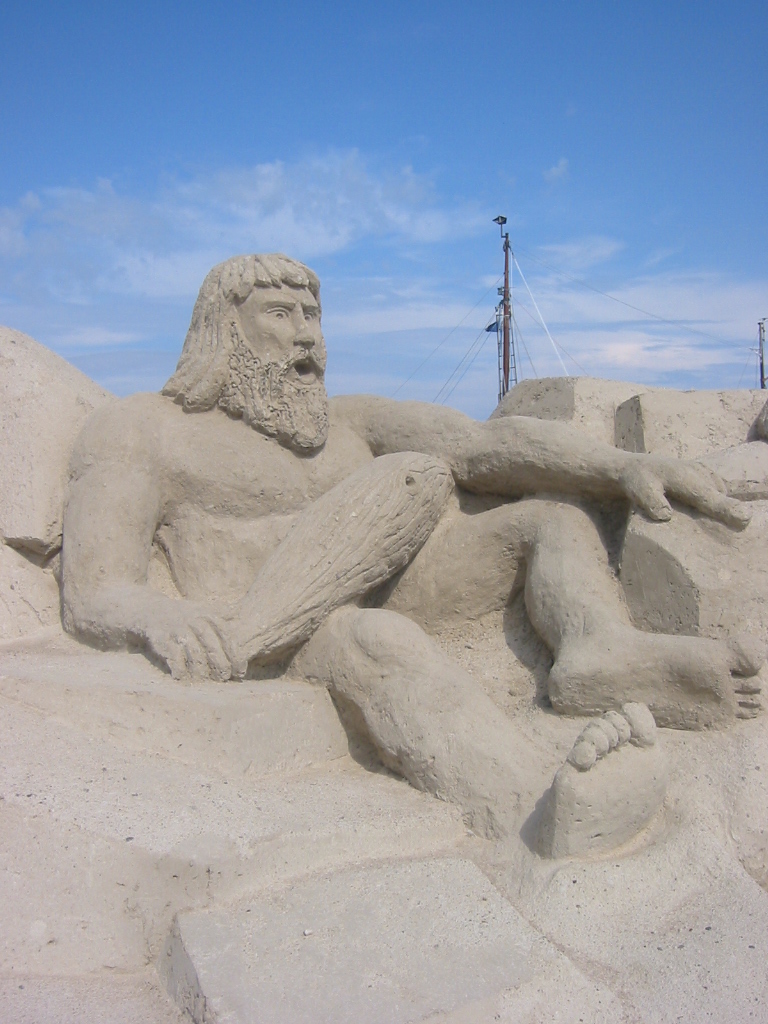 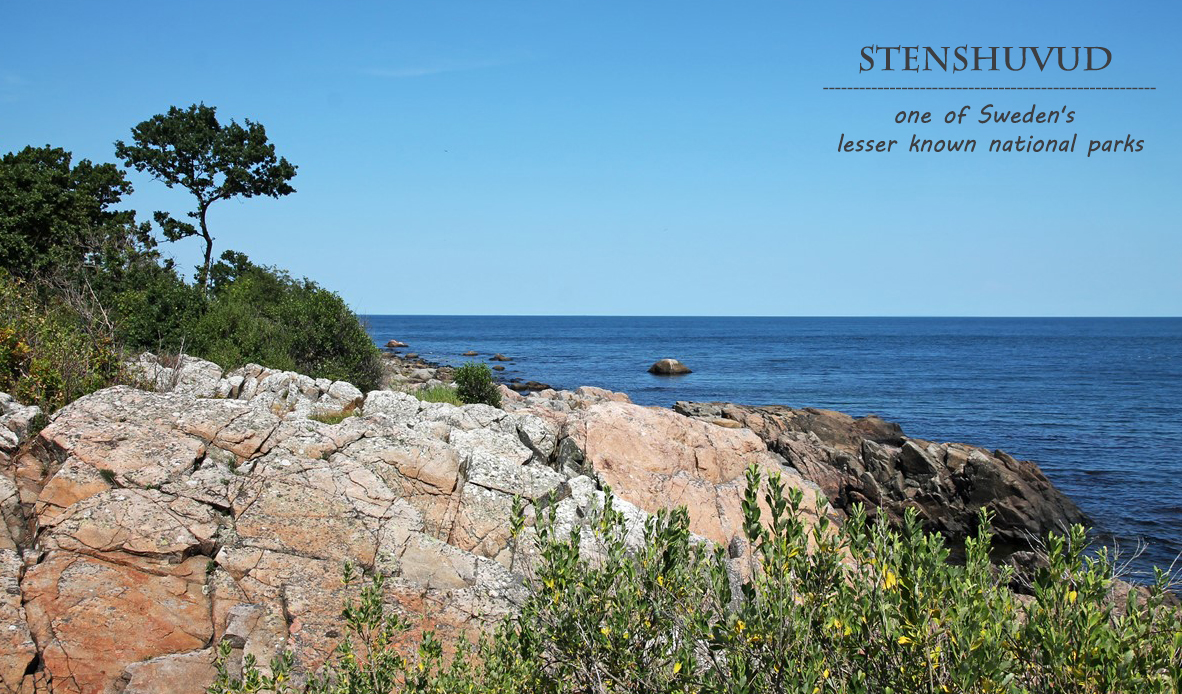 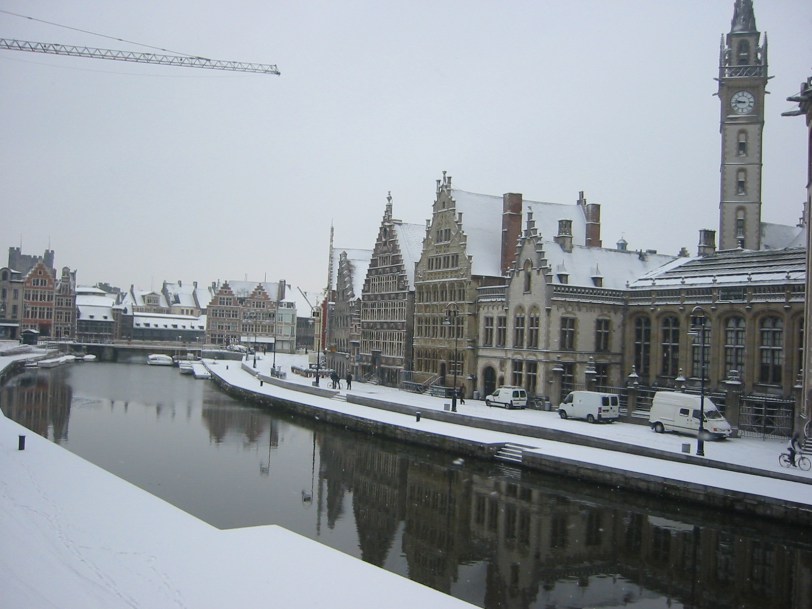 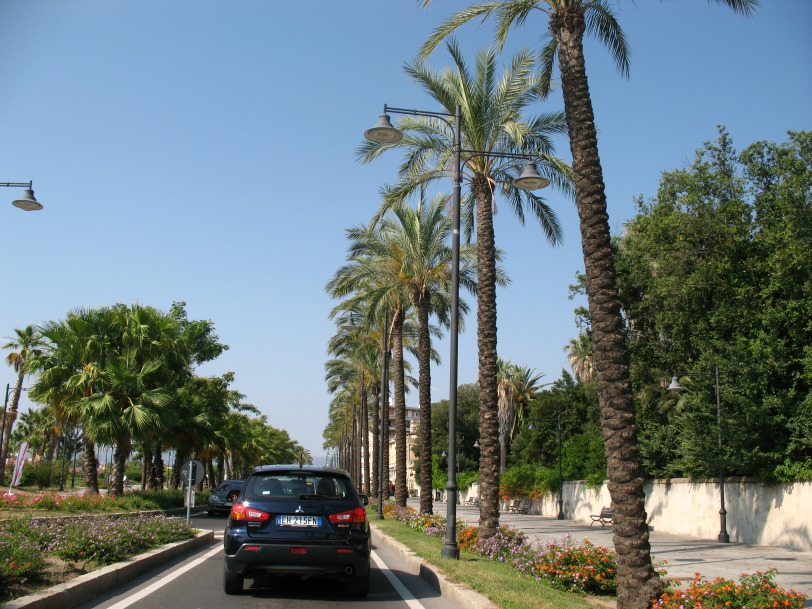