Of seaguls and roasted fish: getting some fresh air at Essaouira 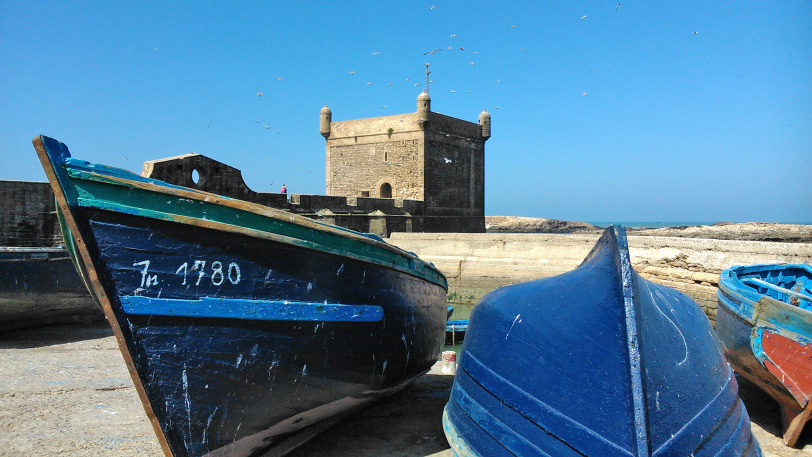 During our stay in Morocco, we only once hired a car to go driving ourselves. Not that driving here is dangerous in any way, but we mostly took the shuttle bus to Marrakesh or had a private driver on our trips with www.saharadesertkingdom.com. Going to Essaouira, however, was just easiest and most comfortable with a hired car. We didn’t want to pay a lot of dirhams to go on a guided tour where you aren’t allowed to do things at your own pace. And traveling with a toddler, taking your time is just the only way to go. Moreover, the road from Marrakesh to Essaouira is straight, well-indicated and well-maintained. The road infrastructure in Morocco, built by the French, is just perfect! It even has some funny, unexpected French peculiarities: “Aires” (resting places, usually with a gas station) and the infamous “péage” (toll road).

Hiring a car here was very easy and relaxed: paperwork was quite limited and there weren’t too many questions asked. First time to drive with a Mitsubishi, but except for the very sensitive first gear it was a smooth ride. It took us 2.5 hours to cover the 200km between our hotel and Essaouira, only because of speed limits. Only on the part of the highway for which you have to pay “péage”, speed limit is 120km/h. Not that we were complaining, as the scenery was sometimes really breathtaking.

Along our way, we also came across the area well-known for its goats climbing in Argan trees. Argan trees produce the famous argan oil, used both in food and cosmetics. There are a lot of them in the area between Marrakesh and the coast. Regarding the goats: although we were really searching for them along the road, we couldn’t spot any, except for one tree, full of goats, located directly next to a parking area with buses, and surrounded by dozens of tourists! What a tourist trap (again)!

Finally, we arrived at Essaouira. There’s a parking lot close to the harbour. It’s very cheap and has a lot of space, especially because you can even park your car in front of other cars, even though you’re blocking them in that way. The only thing the parking attendant asks you is not to use the handbrake, so that they can roll your car away to let other people leave. Lol.

Walking the harbour embankment, we enjoyed both the view on the walled town ánd the Skala du Port, while seagulls aplenty filled the skies. The air smelled of fresh fish while the fishermen were cleaning their catch of the day and the fish vendors were arranging their stalls, preparing to provide passers-by with the freshest of merchandise.

The Skala du Port is famous for its blue-painted, wooden fishing boats. Together with the 18th century French fortifications, this is just the perfect harbour experience.

Skala du Port, as seen from the fishing port

The seaport itself is a busy place, and packed with all sizes of boats and ships. The predominant colour is blue here, which makes for a unique setting.

The fortifications include walls with battlements, broad square towers and cannons, lots of cannons.

Once known as the “Port of Timbuktu” and for a while a French protectorate called Mogador (“small fortress”), Essaouira (“well-designed”) was a commercial centre and a vital link for trade between Timbuktu and Europe, providing gold, salt, ivory and ostrich feathers. Obviously, such activities needed to be protected by (European) military architecture. This is not only true for the port itself: the whole city is surrounded by a protective wall. The view from the port is pretty amazing…

View of the city from the ramparts

Walled city by the sea…

A family in Essaouira…

The cannons look out over the sea and the tiny Île de Mogador with its old, disused prison and fortifications.

Cannons are also used for funny girls to sit on 🙂

Febe on a cannon

Febe looking out over the sea

We started to get hungry and passed by the fish vendor who had promised us a good dinner deal. And he did! 30 Euro for extremely fresh, barbeque-grilled and nicely seasoned fish, fries and a salad for the three of us. Given that my monkfish was nearly a kilo and Annick and Febe’s soles together also weighed a kilo, this isn’t expensive at all. The best fish I’ve ever eaten!

We skipped the remainder of the town as Febe wanted to go to the nearby beach, situated just outside of the city. She loved it!

With daddy at the sea

Having fun on the beach

Another reason why we didn’t visit the remainder of the city is that we wanted to be home quite early, so that Febe could have her late afternoon swim in the hotel pool. And I must admit: after the long drive we could also do with some relaxing time…

Essaouira is definitely a must-do when you’re in Marrakesh!

Essaouira is an exceptional and well-preserved example of a late 18th century, fortified, European-style seaport city in North Africa. This major international trading port served as an economical link between Morocco and the rest of the world (esp. Europe).

Originally a Phoenician trading settlement, Essaouira has been occupied by many different rulers, such as the Greeks, Romans and Portuguese. The present town was constructed under the rule of the Alawite Sultan Sidi Mohamed ben Abdellah. The port, called the “Port of Timbuktu”, became one of the country’s most important commercial centers.

The building of Essaouira was inspired by European architecture, hence its obvious European appearance. The city was modeled and constructed by the French architect Cornut, who had been influenced by Vauban. His ideas were combined with local building techniques, resulting in a unique project. The most important architectural achievements are the defensive wall with ramparts, which encloses the entire city, the Skala du Port, the Skala de la Kasbah, the Bab Marrakesh bastion and the Kasbah. 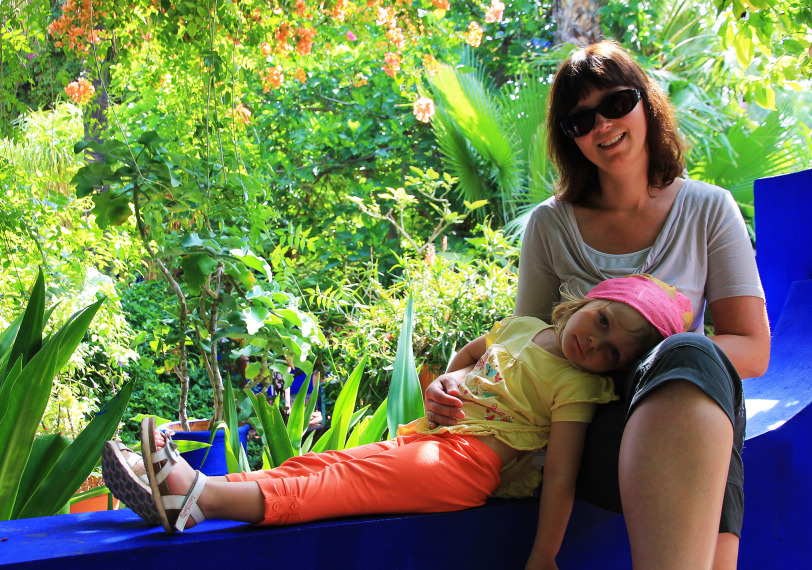