A few days in Buenos Aires 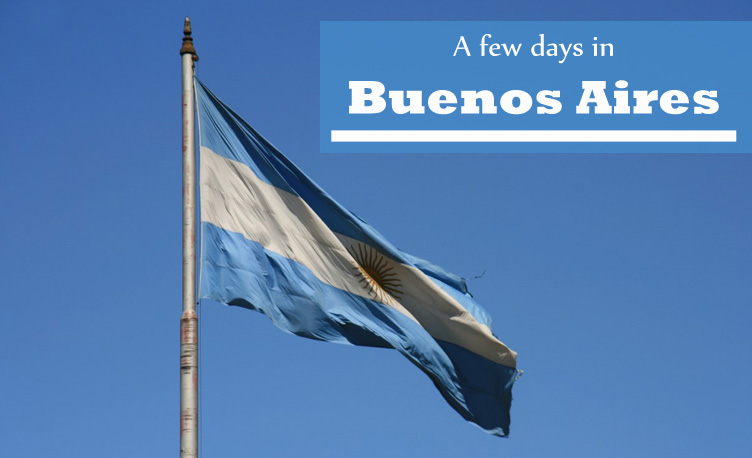 I am a high school science teacher for 8 years now, but before my career in education I used to work as a marine biologist, doing research for the Marine Biology Section of Ghent University in Belgium. After my PhD about coral reefs, I started working for a small Belgian project dealing with Antarctic marine biodiversity, called BIANZO. I was studying microscopic, benthic (= sea-bottom) nematodes (roundworms) and their quick response on changes in our climate and their polar environment. In order to take the necessary samples for my research, I first joined a large number of fellow scientists on a 3-month sampling campaign on the German RV Polarstern, between November 2006 and Februari 2007. I already wrote a number of blog posts about this campaign, which started in Cape Town (South Africa) and ended in Punta Arenas (Chile). Our ship had to cross turbulent waters to reach the Antarctic continent. At a certain point, we got stuck in the ice, but finally succeeded to reach the Antarctic Peninsula, where I was able to take my samples and where we explored unknown territories. Well, there you have it: that’s more or less the synthesis of this first trip to the southernmost continent.

Scientific data point out that global warming in the southern hemisphere is most extreme at the coastal regions of the Antarctic Peninsula. To study the impact of such changes I also had to perform a number of experiments in shallow waters of that area. Thanks to our excellent scientific network, I was allowed a few weeks in the Argentine military base Jubany (currently known as Carlini Base), which also hosts a scientific research station lead by Argentine and German scientists. Jubany is located on King George Island, one of the South Shetland Islands and only a few kilometres north of the Antarctic Peninsula.

In order to reach this remote island, I first had to fly all the way to Argentina’s beautiful capital: Buenos Aires. Here I was supposed to take a plane to Jubany. That didn’t really work out like we had planned, but that’s a story for another blog post. I just want to point out that this is by no means a full-scale travel guide to Buenos Aires. I was much less of a traveler at that time and hadn’t planned anything. Nevertheless, I think that if this story might at least incite your curiosity for this city.

“Buenos Aires really is a nice city: not too crowded, not too many skyscrapers (most high-rise buildings are located near the old harbour)  [sic], cosy streets, many many parks and a relaxed atmosphere. Closer to the real centre of the city there is some more traffic and there are more exhaust fumes. Great city for a stroll, especially on such a warm, beautiful day. Lots of sweat and a bit of sunburn… Went for a drink on a terrace in the morning, followed by a walk along the old harbour (saw a few swallows, cormorants, parrots and lots of pigeons).”

Actually, I think it was not correct to say that BA has only a few high-rise buildings. Maybe they aren’t very high compared to other capitals in the world, but there are quite a few of them still…

“Another day of sightseeing in Buenos Aires. We had planned to go to a museum but it was closed. So we went to the Plaza de Maio [sic]. The square will be much more crowded tomorrow: there are elections then! Curious how that will go…”

“… I bought a number of postcards in a beautiful bookshop, located in a large, old former theatre, where we also ate a sandwich.”

“… Went for a typical Argentinian dinner in the evening: a kind of small barbecue with lots of meat on it, called assado. It also includes intestines and kidneys. The intestines didn’t taste very bad, but had a strange and slightly unpleasant structure. By the way, the word “carne” (meat) is only used for beef here, which is something they are very proud of. Other meat isn’t really considered “carne” in Argentina.”

“… I went to the north-east for lunch with one of those black-and-yellow taxis. Visited the nearby cemetery afterwards, where we found the grave of Eva “Evita” Peron. ”

Strangely enough it turns out I haven’t got any photos of Evita’s grave. Wasn’t much of a photographer in those days… The next day we took our plane into the Antarctic:

“This must be the weirdest place to write your diary in: a Hercules plane of the Argentinian army. When I’m writing this, I’m in a huge cargo plane that makes a hell of a noise! This Hercules is a fat plane, with improvised seats at the sides and center of the cargo area. Some soldiers are even sitting on top of some of the cargo without seat belts.”

“… The plan is to fly to an Argentinian military base in Ushuaia today (4 hours flight), and spend the night there. Tomorrow we will go all the way to the Antarctic, to another base called Marambio, to pick up a few people. When that’s done, we will fly over to the Chilean base Frei on King George Island, where we can land the plane. From there, we will probably need small zodiac boats to get to Jubany.”

Next time, I will write down the story of my (unexpectedly) extended stay in Marambio, an Argentinian military base on an island east of the the Antarctic Peninsula. It will feature my personal temperature record (in a negative sense), snoring roommates and a handful of fossils. 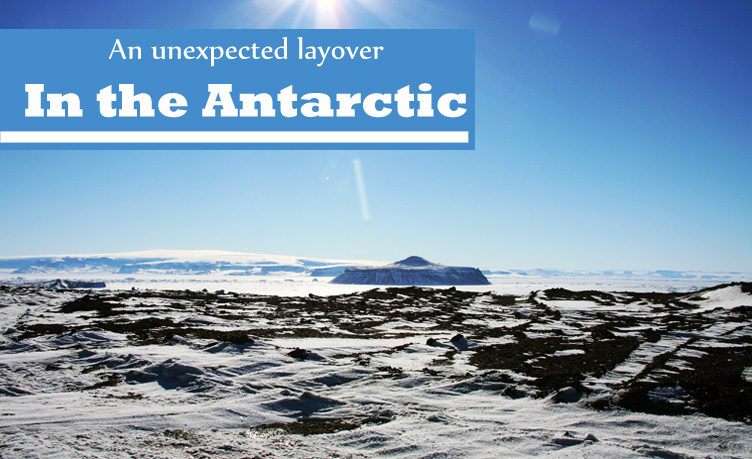 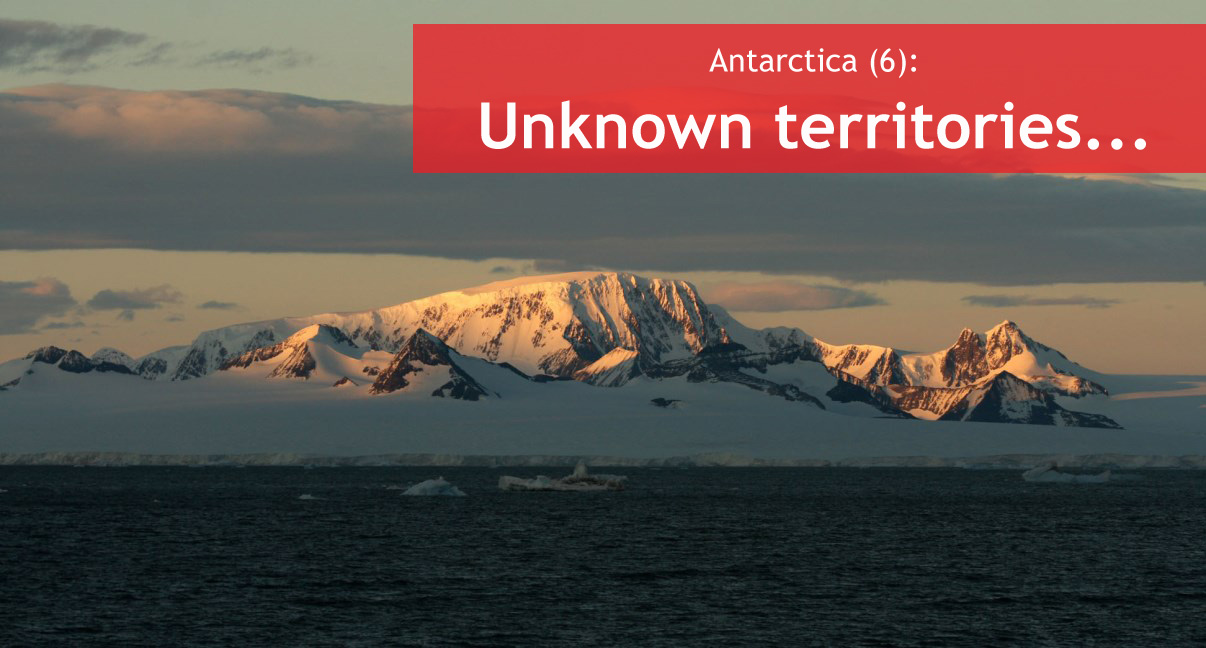 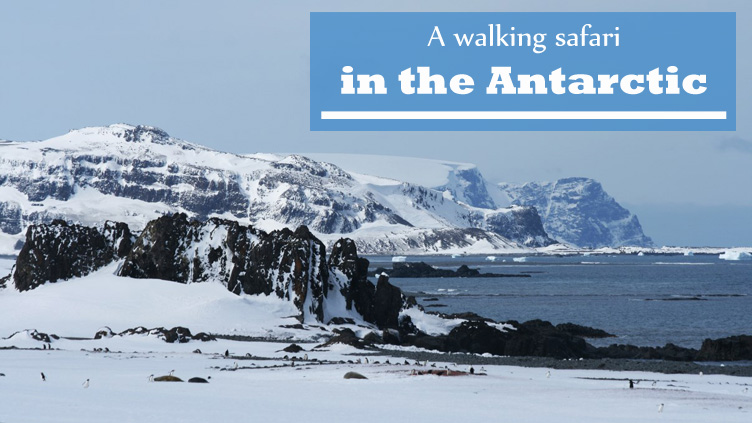